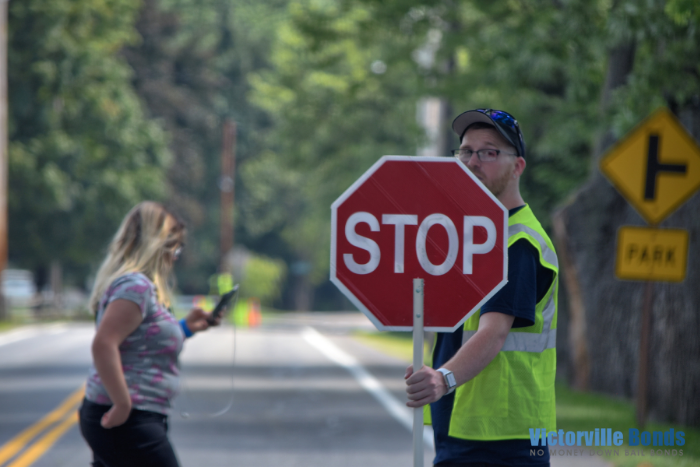 23 May What Happens If I Get a School Zone Speeding Ticket?

When it comes to the safety of school children, California’s lawmakers aren’t messing around. They expect every single driver to know when they are in a school zone and to drive with even more care. If you’re caught speeding in a school zone, you should expect that the patrol officer who pulls you over will be writing a ticket and that the ticket will hurt your monthly budget.

The first thing you should know when you’re pulled over for speeding in a school zone is that you won’t be able to use ignorance as an excuse for your speeding. California is very good about making sure school zones are well marked so the only reason you wouldn’t know is if you weren’t paying attention to the signs. The fact that you missed the signs indicates you were distracted which could prompt the officer to write two tickets, one for speeding in a school zone and one for distracted driving. Things will get even worse if you were distracted because you were using your cell phone while driving.

California is diligent about clearly marketing all roadways that are within 500 feet of a school. As soon as you pass one of these signs, you should decrease your speed to 25 mph unless it’s marked otherwise. Anything above 25 mph is considered speeding. In addition to watching for speeding, you should expect that any patrol officers who are in the area will also be on the lookout for other dangerous moving violations that include failure to yield at stop signs, reckless driving, and using a cell phone while driving.

If you’re caught speeding in a school zone, you’ll get a ticket that’s more expensive than what you’d receive if you’d been speeding anywhere else. School zone traffic infractions are higher than other infractions. If you’re caught going up to 15 mph over the school zone speed limit, the ticket is $99. Anything between 15 mph and 25 mph above the school zone’s safe speed limit is $175. If you’re going more than 26 mph over the posted limit you’ll get a ticket for $350. Remember those costs only cover the basic speeding, there are additional costs, including court costs, you’ll have to pay.

The best way to avoid paying for a school zone speeding ticket is to slow way down as soon as you see the first sign for a school.