24 Apr Understanding The Statute Of Limitations 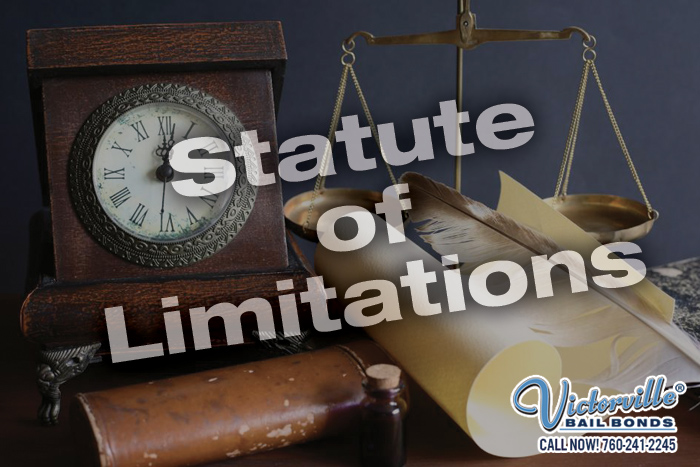 Say for example a person has been arrested for sexual assault, which has a 6 year statute of limitations. The victim chooses not to file charges because of fear, embarrassment, etc. However, 3 years later, the victim decides to file charges. The court will allow that, because it is still within the proper time frame. But say 6 and a half years had passed – the victim can no longer file charges against their abuser for this crime. More than 6 years had passed and the statute of limitations is up for this specific sexual assault case against this specific person. If there are other victims, they each would have their own 6 years to file charges.

Victims of crimes as well as those who are accused of committing them will be notified of statute of limitations for the crime that occurred.

An arrestee can get out of jail, in the meantime, by posting a bail bond (as long as they have been granted bail). Learn more about bail bonds by talking to a bail agent at Victorville Bail Bonds and ask them about zero down bail bonds. Consultation is free and they are ready to answer any questions you may have.

For more information about bail and bail bonds, please call Victorville Bail Bonds at 760-964-8377 or Chat With Us now.