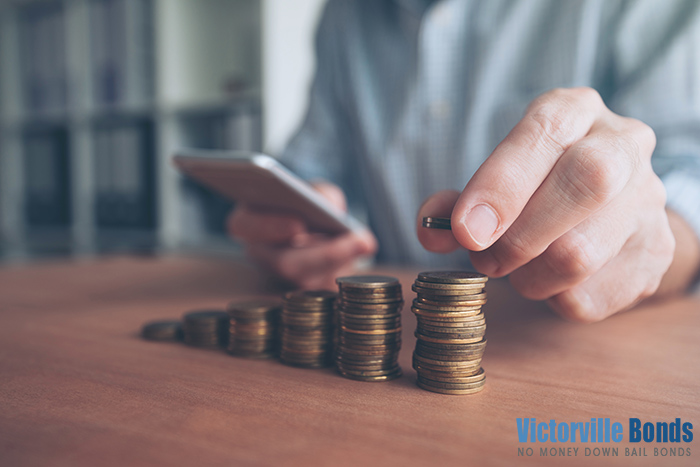 Posting bail when you have plenty of money in your bank account isn’t a big deal, especially since you know the court will reimburse once your case reaches its conclusion. The problem many face when their arrested is that they lack the funds needed to bail themselves out. The good news is that Victorville Bail Bonds is here to help you post bail when you’re broke.
How the System Works

The bail system is actually a pretty eloquent setup. In exchange for a predetermined amount of money, you’re released from jail. Provided you return to the court for all of your official court appearances, you’ll all of the bail money back at the conclusion of your case. It’s a great system provided you’re not to broke to cover bail in the first place.
How Victorville Bail Bonds Helps When You’re Too Broke to Pay Bail

We understand that you might not have several thousand dollars laying around. We also understand that sitting in a jail cell for months won’t do a single thing to improve your financial situation, so we’ve worked out a system. Provided you can come up with 10% of the required bail, we’ll pay 90%.
We know. It sounds too good to be true. We promise there’s no catch. When the court is through with you, we collect the full bail from the court.We get to keep the 10% you paid us.

When you’re too broke to pay bail, it is in your best interest to approach Victorville Bail Bonds. We’re a local bail bonds business that has a reputation for treating every single client fairly and discreetly. We’re a family-owned bail bonds business that specializes in creating payment plans that work for you. During the free consultation, we’ll discuss your current and prospective financial situation and work out a contract that works for you.
In many cases, we offer:

If you’re a working signer, there is a good chance that we’ll take your 10% and not ask for you to sign over any collateral for the remaining 90% of the bail.
From start to finish, we strive to provide you with a stress-free experience. We provide:

The sooner you contact us, the sooner we can start the process of bailing you out of jail. Simply call 760-964-8377 or click the Chat With Us link.