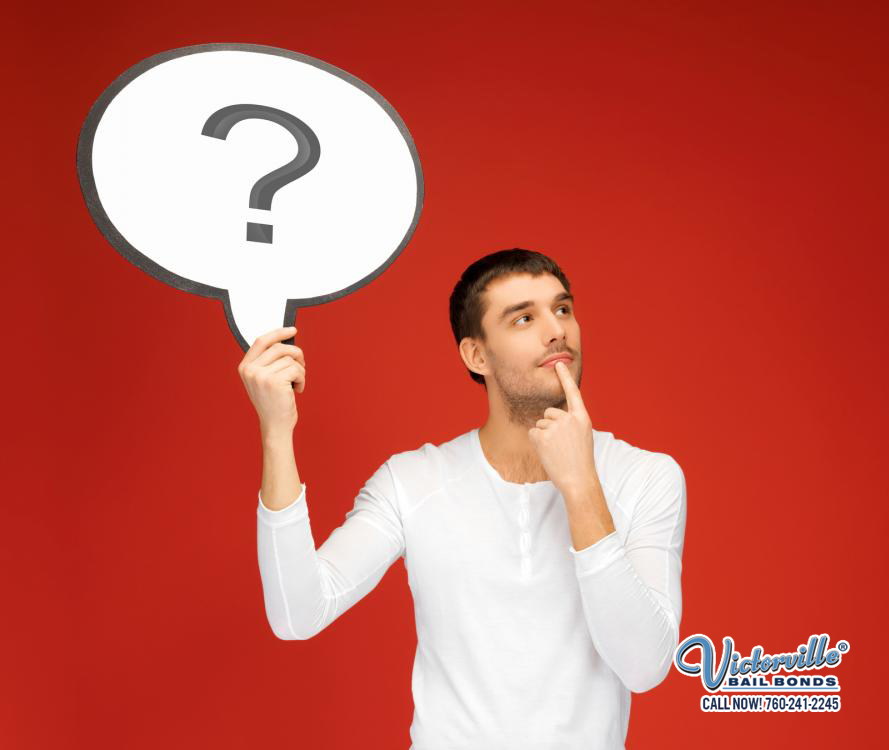 When you work with something that is rarely used, you get used to dealing with a lot of questions. This is definitely the case when it comes to bail since a lot of people out there don’t know how bail works. When they need to post bail, they have no idea how any of it works and so have a lot of questions for the bail agents here at Victorville Bail Bonds in Hesperia. Some of the most common questions that we get include:

Anyone who cares about your friend can bail him or her out of jail. You do not have to be related to someone to post their bail.

This varies from case to case and depends on how quickly the client can get all of the needed information and paperwork together, plus getting money for the down payment. Once all of that is dealt with, it is then up to the jail. Some jails work faster than others due their size and workload. For instance, smaller jails have less inmates and therefore less paperwork to process, meaning they typically release inmates faster than larger jails. All of this means that it can take anywhere from 2 hours to a day for someone to be released depending on the jail.

Yes, we just need your loved one’s name, birthday, and county of arrest to locate him or her in the county jail system to get you that information.

Yes. At Victorville Bail Bonds in Hesperia we offer a 20% discount on the price of the bail bond if one of the co-signers is a union member, a member of the military, a member of AARP, is a homeowner, or if the client has a private attorney.

No. Each state has its own laws and regulations surrounding bail bonds. Victorville Bail Bonds in Hesperia is only licensed to bail people out of jail in California. If you want to bail someone out of jail in any other state, you will need to contact a bail agent in that particular state.

These are just a few of the questions that our bail agents answer on a daily basis here at Victorville Bail Bonds in Hesperia. If you have more questions, don’t hesitate to talk to us. Our bail agents are available 24 hours a day, 7 days a week to provide everyone with free consultations.